Go straight to the section you need.

A-4 3-D Secure Enrolment/Authentication Only

A-14.1 Authorise, Capture and Settlement

A-16.3 CANCEL or CAPTURE requests

A-18.3 Exemptions to Strong Customer Authentication

You will be provided with unique test Merchant Account IDs during the onboarding process. Refer to section 1.6 for more information.

Test Merchant Accounts are not connected to our Simulator and not to an actual Acquirer. The Simulator will emulate the function of an Acquirer and provide simulated responses and authorisation codes.

When testing the transaction amount can be used to trigger different authorisation and settlement outcomes as follows:

Any other amount will return a responseCode of 66311 (Invalid Test Amount).

The range 5000 to 9999 can be used to test manual authorisations. If the transaction does not contain an authorisationCode request field, then the Simulator will return a responseCode of 1 (CARD REFERRED). If it does, then it will return a responseCode of 0 (SUCCESS), with an amount between 50000 and 7499 being accepted at settlement and an amount of 7500 to 9999 being rejected.

The test accounts will only accept card numbers that are designated for test purposes. These test cards cannot be used on production accounts.

To test AVS and CV2 verification then the associated CVV and billing addresses are provided for each card. If a different value is used, then the Simulator will mark the responses as ‘not matched’.

Unless stated otherwise an expiry date sometime in the near future should be used.

The Hunts Way, Southampton, SO18 1GW

N/A
1 Diners Club do not support the Address Verification Service (AVS). For testing purposes, we advise that a separate
Merchant Account is used with AVS is turned off.

Your test accounts are connected to our 3-D Secure Product Integration Testing (PIT) system rather than to the production 3-D Secure servers.

You can use any of the test cards provided in section A-12.2 with this PIT system and can test various enrolment and authentication scenarios as follows.

For 3-D Secure v1 all the standard test card numbers will show as enrolled except for:

Error due timeout communicating with the Directory Server

Error due to corrupt response from the Directory Server

The desired authentication status (threeDSAuthenticated) can be selected on the challenge dialog shown by the PIT Access Control Server.

For 3-D Secure v2 all the standard test cards will show as enrolled, and the authentication status returned by the Directory Server (for frictionless flow simulation) can be selected using the value of the card expiry month as follows:

Transaction rejected (do not attempt to send for authorisation)

Error due to timeout communicating with the Directory Server

Error due to corrupt response from the Directory Server.

Unknown authentication due to Cardholder not enrolled (error 13)

An expiry month of 12 will simulate the non frictionless flow and desired authentication status (threeDSAuthenticated) can be selected on the challenge dialog shown by the PIT Access Control Server.

When using an expiry month from the above table please use a suitable expiry year to ensure the date is sometime in the near future.

Integrated Payments - connecting your till to your terminal

Integrated payments - connecting your EPOS till to your card terminal - enables your business to process payments faster and increase your profits.

There are many benefits to an integrated solution for almost all business types, most importantly, the removal of human error, giving you accurate reporting from all tills and terminals. 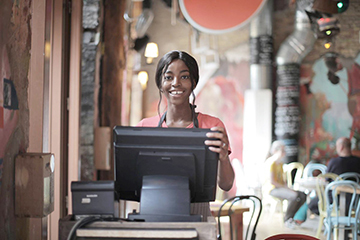 At Swipen, we offer Integrated Payments free of charge and you can use our Pay at Table or Pay at Counter software, or both if it suits your business:

A software design with restaurants in mind:

Split the bill at the table 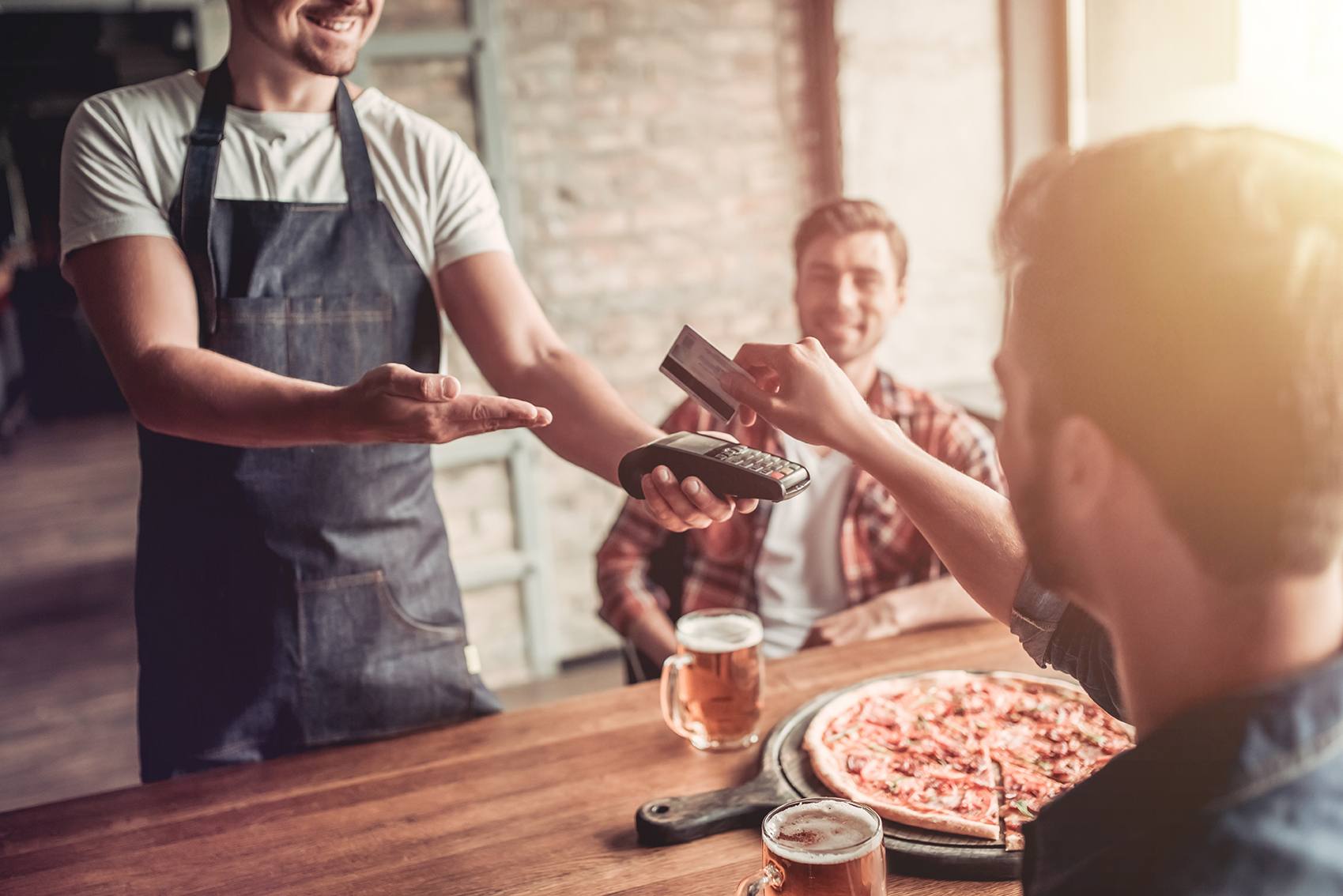 Suitable for most businesses, offering:

Discover which terminal type is best for your business With the arrival of Covid-19 into all our lives, online only payments are looking to have a bright future that’s here to stay.

At Swipen, we want to bust the myth that taking payments online is complicated, and help you
adapt to this changing world. 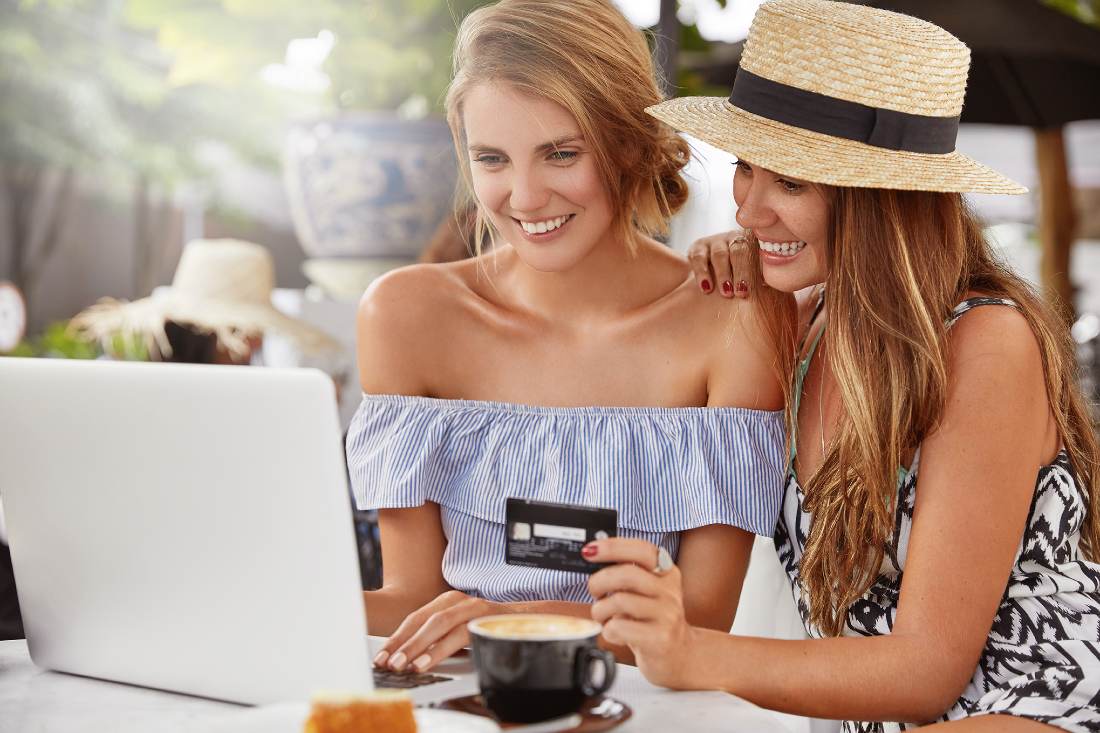 We offer two types of E-Commerce payment solution either directly integrated with your website or a hosted payment page. Branded to your business

Easy to set up Many businesses find it useful to take payments over the phone, whether you’re a travel agent
needing to take deposits, a mobile tradesperson, travelling salesperson, you have a call centre, or you don’t have a website to take payments online.

Swipen’s Virtual Terminal allows you to take card payments over the phone quickly and securely.

Our solution is a web portal that can be used on a desktop, tablet or mobile device. 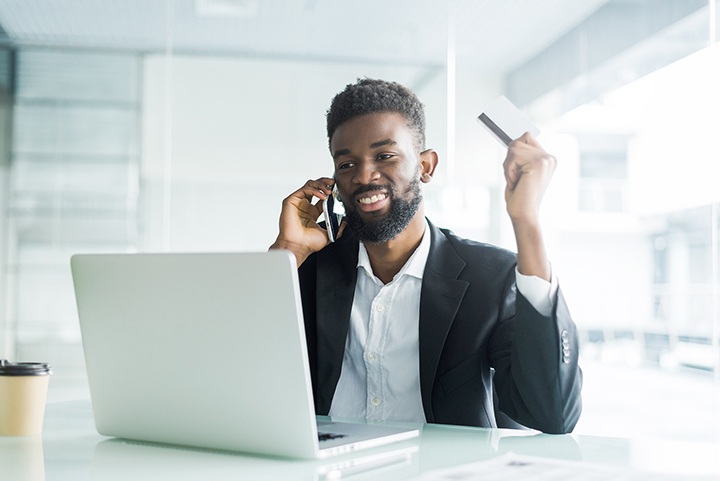 More secure than a card terminal - Completing the payment over the phone with full customer details reduces the risk of chargebacks or fraud.

Pay By Link - Send a payment link to complete the purchase or pay a balance. This is also a useful feature for customers who prefer to not give their details over the phone.

Capture Customer Details - The Virtual Terminal allows you to capture all the customer details you will need for your CRM or Booking Systems reducing the need for double inputting.

Control Permissions - Restrict user access to only certain functionality so you can control what your staff can process and see.

Take Payments anywhere - The Virtual Terminal is compatible to all devices and allows you to take payments from anywhere - office, home or on the move in a safe and secure way.

Ideal for call centres, travel agents, travelling salespeople, mobile tradespeople, restaurants for pre-bookings and parties, hotels for rooms and events, or any business that doesn’t have a website that customers can pay through.

With COVID regulations in force across the country, restaurants and pubs are adjusting the way they work to reduce the spread of this virus.

Swipen are also adapting to these changing times, and working with our expert partners, we can now offer order and pay-at-table platforms, allowing you to benefit from cashless and cardless payment options. 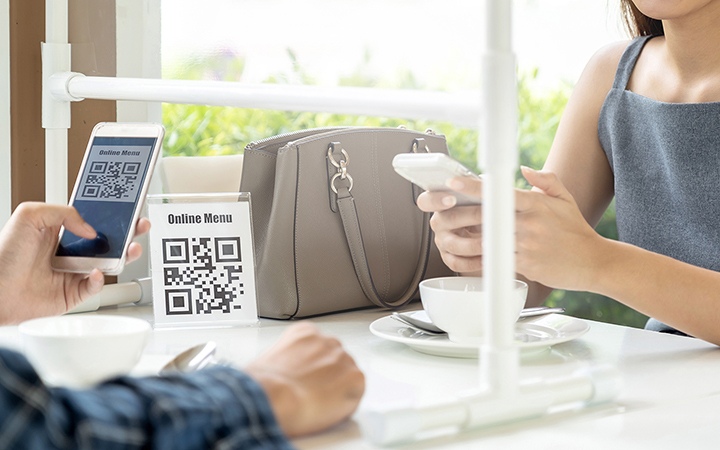 Our solutions can be either Web or App based and we provide the choice between
a ‘Simple Solution’ and a ‘Bespoke Solution’, depending on the size of your business

The best option for individual pubs and restaurants, small chains, or if location offers a different menu:

Use your own branding

Links to your EPOS till *

*Depending on the EPOS company 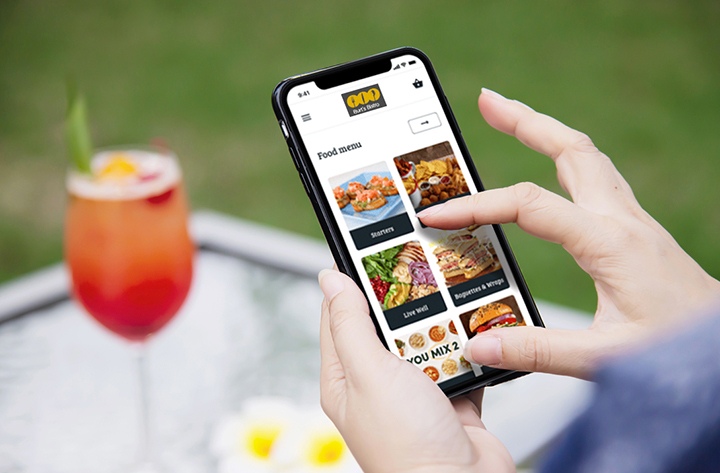 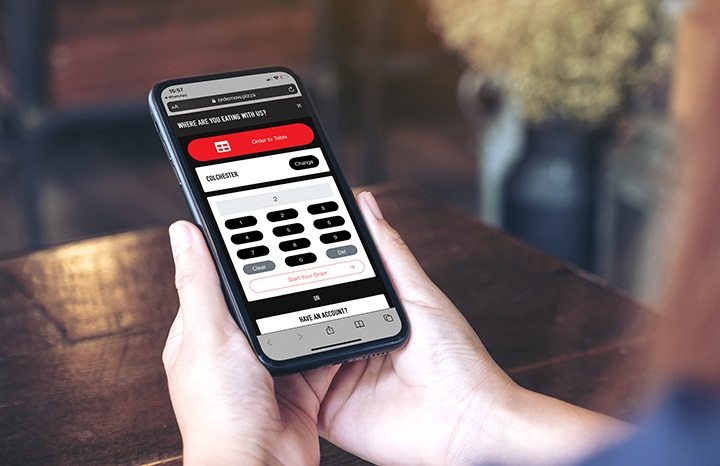 Ideal for larger chains where every location requires exactly the same functionality and offers the same menu:

Custom built to fit your business

Links to both your till and kitchen

Swipen have helped create a bespoke value-for money solution for Pizza Hut, and we could do the same for you. 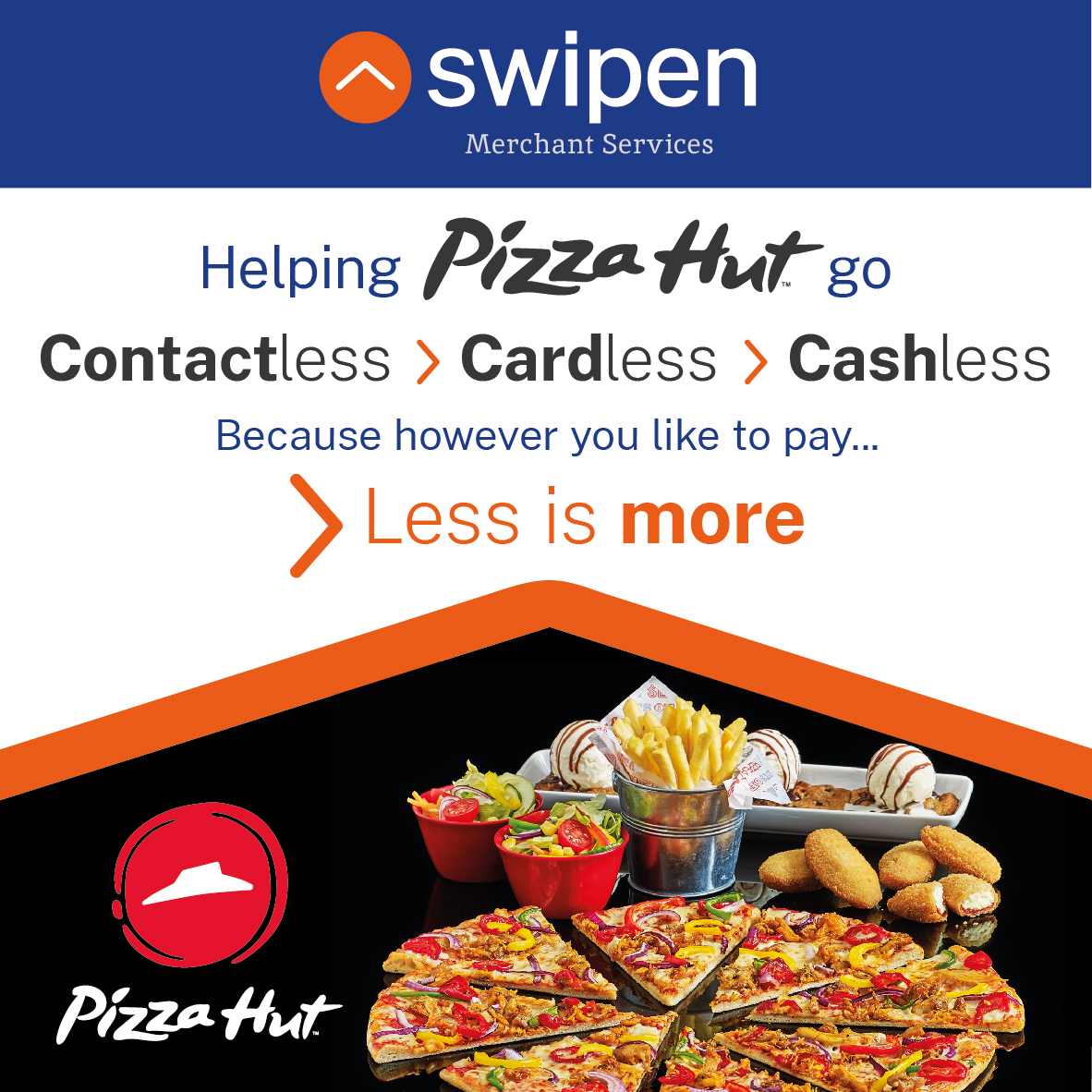 With the dawn of cashless and touchless checkouts along with app ordering systems and pay online methods, many restaurants, bars, cafés and hotels are finding that their waiting staff are no longer able to receive cash or card tips.

Swipen has the perfect solution: the new ‘Tip Per Tap’ Contactless Tipping System 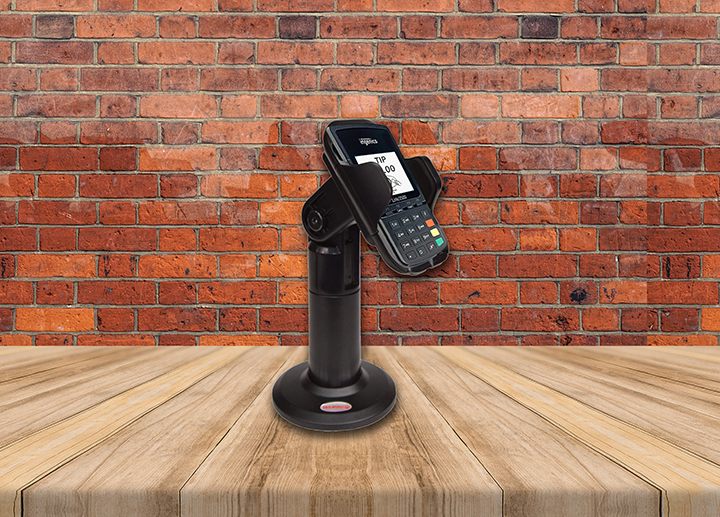 A dedicated terminal is placed in a prominent location in your restaurant.

The terminal is set to ‘donation’ and the debit amount is set at a specific figure. e.g. £2

Your happy customers simply tap their card, phone or watch against the terminal to leave a £2 tip.

They can tap multiple times to leave a larger amount

Works automatically without the need for a member of staff to supervise.

End-of-day report is separate, making it quicker and easier to share the total tips received between staff members.

How about a little Tip Per Tap

Read our blog all about our new Tip Per Tap Contactless Tipping System.